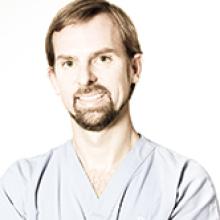 Dr. Ernie Ward is a 1992 graduate of the University of Georgia College of Veterinary Medicine. He founded an award-winning hospital, Seaside Animal Care, in 1993. His deepest passions involve the prevention of illness and preservation of optimal health. He has been instrumental in developing Senior Pet Health Guidelines and is a founder of the International Veterinary Senior Care Society (IVSCS), founder of the Association for Pet Obesity Prevention (APOP), developed the most widely used Long-term Medication Monitoring protocols, and was a leading voice in promoting extended-duration vaccination practices for dogs and cats.

He is author of “Chow Hounds: Why Our Dogs Are Getting Fatter - A Vet’s Plan to Save Their Lives.” Dr. Ernie Ward has authored over 65 veterinary journal articles, texts, and four veterinary training videos. His works have been published in the US, Canada, Japan, England, Spain, France, China, Taiwan, Hungary and Portugal. He is a popular lecturer, was voted "Speaker of the Year" for the North American Veterinary Conference and Western Veterinary Conference, and has been the featured veterinarian for the “Rachael Ray Show”. Dr. Ward has been a spokesman for the profession on the Rachael Ray Show, Animal Planet, CNN, “NBC Nightly News,” “Today,” "Good Morning America," and “Nightline” as well as all of the nation’s major newspapers and pet and health magazines.

Dr. Ward lives in coastal North Carolina with his lifelong love, Laura, their two daughters, two dogs, one cat, “Homey” the hamster and a beta fish. When he’s not practicing veterinary medicine, Dr. Ward is an Ironman triathlete, surfer, paddle boarder and vegetarian.

Dr. Ward is an advocate for the health and wellbeing of all animals and the people who have dedicated their lives to helping them.